chuckybas
C B
Late 30s. Mostly interested in mid 90s stuff and earlier, up to and including Sub Zeros

B3
Bob Russell
Welcome to the site! This is the best knowledge base for 90s era Oakley on the free web. Ask any questions you wonder, and share any info you have to add to the treasure trove.

chuckybas
C B
Thanks all for being so welcoming! I've been searching the threads for a great Gen 1/2/3 Frogskin explainer. I feel like there's got to be one out there, and I also feel like a saw a great Youtube of one a long time ago.

I just need to see close up details of the real vs. fake and that sort of thing. Maybe grab a pair or 2 at auction, or maybe even directly from one of you fine folks right here. Thanks, All!

Dann
Dann Thombs
I covered some of it in one of my videos, including how I thought I had a fake way back when: 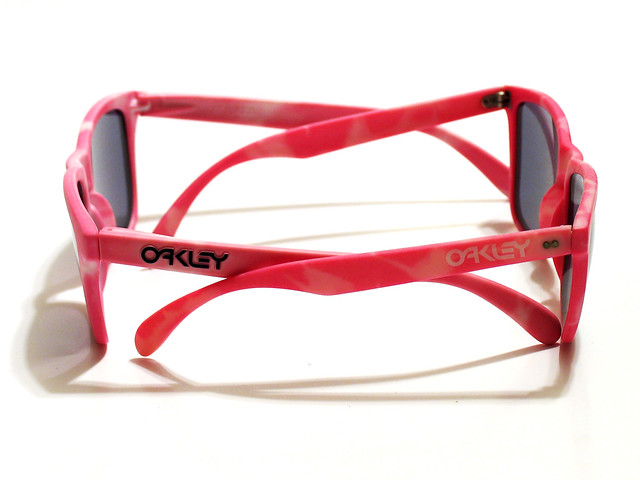 The basic jist is that Gen 1 debuted in 1985. These were made in Japan and had a Serilium compound for the frame. They had a silky feel to them, but were a bit stiff (yet durable). They had metal hinges, a silk screened logo, and the name inside was all lower case: "frogskins" 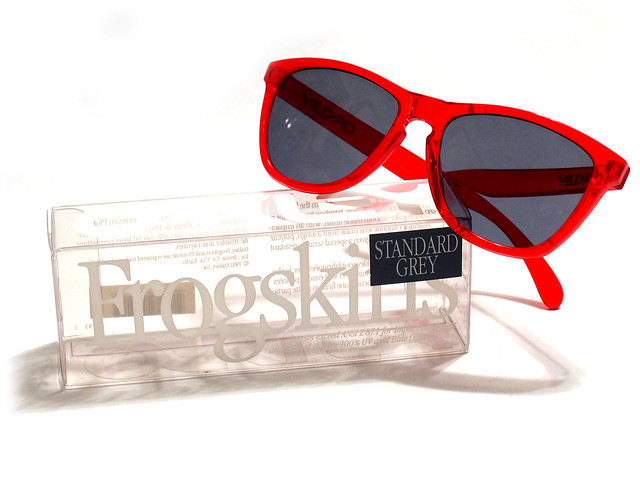 Gen 2 as best as I can figured was around 1990. Many of the catalogs still had old stock photos with the metal hinge, but any new colorways would be updated. This moved to a hinge similar to the modern ones where the stem clasps around a point on the orbital. The logo changed to a capital F: "Frogskins" and the material was often the O Matter used in the M Frames at the time. The logo was raised and painted. 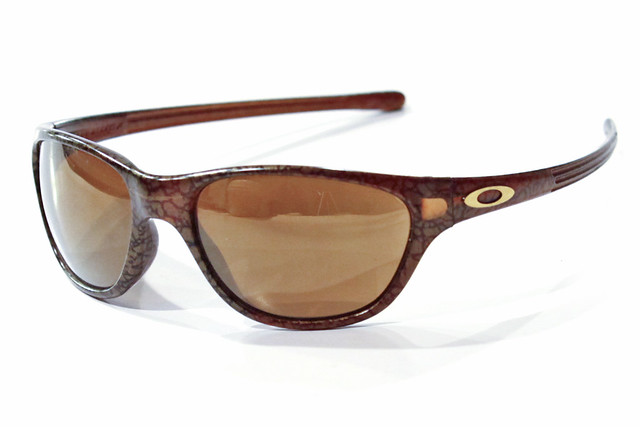 The New Frogskin took over in 1996 and the original in all its forms was discontinued. This is fairly distinct and has more issues being mistaken with a Ten or Five. 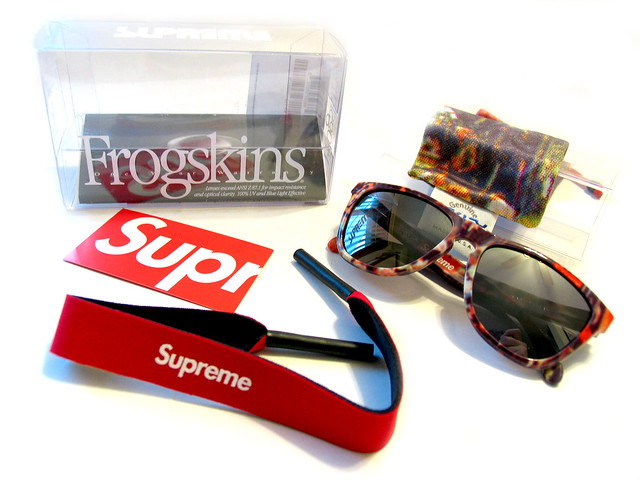 There was a period around 2004 when that went away and then in 2009 the Collector Frogskins appeared. First with two waves of Supreme Frogskins. The first being the White City and a few solid colors, then a Gold and Silver chrome pairing. After that, Frogskins were released one colorway per month for a while, and certain very limited exclusives were released to internal functions (like the Valentines). They kept the plastic hinge, but the axis point on the orbitals where the stem connects seems to be more tapered for strength. The logo remained the same, but the inner name reverted back to the all lower case "frogskins".

I still use the term Collectors Frogskins, and I've branched that out to any other classic design that's brought back like the Kith RazorBlade, Palace Mumbo, E/T/Square Wires, etc... but Oakley doesn't use that terminology. They have the benefit of not having to differential between new and old since they only sell one at a given time, and the current market is all that is relevant. Some also call it Gen 3, so it varies from person to person. There's no 'right' term, so there's no wrong, but I've tried to at least be consistent here if anything.

Sorry for no detailed photos, I tried to scour my flickr account, but I'm at work 99% of my life and don't have direct access to my collection at the moment.

chuckybas
C B
Dann, I appreciate it soooo much. This is exactly what I'm looking for and I think this was the video I saw last time around. This is perfect. I guess I'm really interested more in Gen 1 and 2. Good luck experts and collectors. Thanks for sharing knowledge with us rookies.